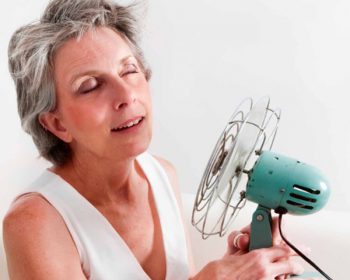 For every woman menopause can be a time in their life which they dread, hearing about hot flushes and all the associated symptoms. Though it is a natural part of the aging process this doesn’t mean it has to be so unpleasant. For most women around the age of 47 they notice their periods becoming lighter and the cycles getting longer. Some can develop minor hot flushing during this time whilst others don’t develop symptoms until their periods have stopped entirely. In Western Medicine it’s a time when your ovaries stop producing eggs, which slows the release of estrogen into the blood. This is what slowly stops your menstrual cycle and causes hot flushing, night sweating etc due to the imbalance in the hormones. For some women these symptoms can be quite severe and debilitating, whilst others have very mild or no symptoms at all. I’m often amazed in clinic how many women I hear say “I’m passed menopause”, when in actual fact it is a process which never stops, only the symptoms disappear. Similarly menopause should only occur to a women in her late 40s, I have seen cases of women present in my clinic being diagnosed with early menopause as young as 34. Whilst Western Medicine doesn’t seem too concerned with this, in Acupuncture it does generate some worry as I shall now explain.

Menopause according to Chinese Medicine

In simple terms, Acupuncture describes Men as “Qi/Yang creatures” and Women as “Blood/Yin creatures”, obviously this is largely due to the menstrual cycle. The Chinese describe the menstrual flow as a surplus of blood, which the body builds up each month for falling pregnant. When pregnancy doesn’t occur then the extra blood is flushed out, hence why the regularity of a woman’s menses is so important diagnostically in Acupuncture. As a woman ages obviously her ability to make and store extra blood and Yin diminishes, causing the menses to slowly spread further apart until they stop entirely. As Blood is a Yin substance it has a cooling element to it, menopause is a relative excess of Yang due to the natural decline in the woman’s Yin.

As Yin and Yang are interconnected and have a symbiotic relationship, as the Yin naturally declines, so will the Yang. Menopausal symptoms such as hot flushing and night sweating occur when the Yin is declining faster than the Yang, so there is a relative or “false” excess of Yang and heat in the body. The symptoms naturally subside in women who’s Yin and Yang are declining at a fairly equal rate so that there isn’t a enough of an imbalance to cause symptoms to develop.

Here you can see the concern generated if a woman undergoes an early menopause. This means that her body is declining in Blood and Yin at a much faster rate than it should, which I often see in clinic manifest as more difficult patterns developing later on in life.

In Western Medicine the leading theory on aging is the build up of free radicals which slowly damage chemical reactions in the body over time, leading to less elastic skin and so forth. By comparison you can see the Acupuncture view is more about a natural decline in Qi and Essence, so really its a case of “glass half empty, or glass half full”.

How I Treat Menopausal symptoms with Acupuncture

Since menopause is a natural part of life it can only be managed. The goal of treatment is to nourish the declining Yin so that they are more in balance and the heat symptoms dissipate. Obviously this is good too for your general long term health as by strengthening the Yin, you also nourish the Yang,keeping the body in better balance.  By helping restore this balance we can help manage symptoms such as night sweating, insomnia and hot flushes.  There is currently medium quality research showing Acupuncture may have a positive effect for these symptoms.  Not enough high quality research is currently available for conclusive results.  Some examples of the research findings:

A study from the Journal ‘Menopause’ in 2017 concluded: “We found that a course of acupuncture treatments was associated with significant reduction in VMS, and several quality-of-life measures, compared with no acupuncture, and that clinical benefit persisted for at least 6 months beyond the end of treatment.”

A review conducted in 2015 of 12 studies with 869 participants concluded: “This meta-analysis confirms that acupuncture improves hot flash frequency and severity, menopause-related symptoms, and quality of life (in the vasomotor domain) in women experiencing natural menopause.”

If you would like to discuss this or any other health concerns, feel free to call the clinic on 9796 2388