The Importance of a Balanced Diet

We truly are what we eat 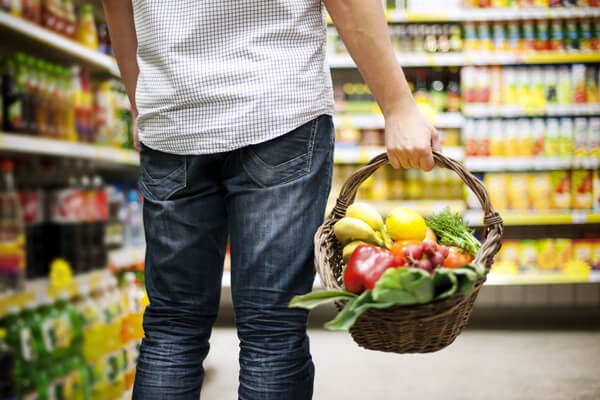 We are frequently told how important a balanced diet is, and there is a new diet coming out every day, from Paleo Diet to the 80/20 Diet. All promising good health and with their view being the best for you.

The truth is though we are all different, from cultural backgrounds to body types which means all our nutritional requirements are different. Most cultures though have sorted their diets out over 100s of years. The French and Mediterranean diets are classic examples that seem to defy conventional belief.  Why these diets work is actually easy to explain -and show the massive problem with the modern western diet- Sugar and Refined Carbohydrates, two factors which traditionally are very low in French/Asian diets, until recently.

As discussed on my blog, this all started in the 80’s when we were told Saturated Fat was bad for us. This caused a shift to eating more sugar, carbs and polyunsaturated fats, which have had a massive effect on our healthy. They’ve made obesity and diabetes rates soar, along with increased in conditions like PCOS, Arthritis and other degenerative diseases.

The Problem with the Modern Western Diet

Our modern problem with food isn’t there being enough, none of us are starving, but what we are missing is good quality food and eating habits.  Have a look at the layout of the modern supermarket, all the healthy food is on the outskirts and very difficult to find. All the processed and packaged food is in the middle. As humans we naturally always gravitate to the centre, hence why all the big companies put all their processed food at the centre. Whereas if you want the healthy food you need to go hunting for it.  If you look in people’s trolleys you will see very little fresh food and lots of processed pre-prepared foods, which is worrying.  This is largely why there is such an increase in gluten intolerance, as it is used as a thickened agent in so many packaged products. You eat too much of it and your body begins to react to it.

The more food is processed, the less nutritious it is for you. This slowly leads to a whole host of digestive and general health issues. This is why so many people are developing food allergies and intolerances to elements such as gluten, lactose and many other additives.  Aside from the body not having all the nutrients it needs from the poor food, all these excess chemicals and sugars cause inflammation in our guts. nearly 80% of your immune system lines the digestive tract, so if the digestion becomes inflamed then the immune system becomes irritated.  This can lead to the excess release of hormones like cortisol, which can eventually cause other issues to develop by it unbalancing your entire endocrine system.  In a large way, our digestive problems are becoming an autoimmune problem, as the body is fighting against itself. This is where Acupuncture is effective at harmonising the body’s systems to stop it from attacking itself.

Aside from people not doing enough exercise to also combat the excess calorie intake, the other issue is how we eat.  As discussed in this post, the state in which eat (relaxed or in a rush), affects how our digestive system works, and how well nutrients are absorbed.  Like with any condition, if it goes on long enough, the body can no longer keep up with the repairs, and conditions like IBS and celiac’s disease begin to develop.

Many of these conditions we suffer never even existed in Asia, as their diet was largely rice based, with many herbs and spices being used in their cooking. There was little use of sauces and prepackaged products, but now as they have began adopting a western diet higher in processed foods and sugar, their incidence of obesity and Diabetes has skyrocketed.

How the Modern Diet Negatively Affects our Health

As stated above, the increased inflammation in the digestive tract can cause a huge domino affect on one’s inner health. With the digestion being affected first and then many other systems being compromised.  From a Chinese medicine perspective, the digestion is our Earth (which you can read more about here), it is the source of all our Qi and Blood. Like in Western Medicine, it is the source of our immune system (called your Wei Qi). If our Wei Qi is weak, we are more prone to developing allergies to pollen as well as catching colds and developing lingering infections.

The types of foods you eat can lead to different accumulations in the body. For instance, if you eat too much fast food, which is oily and greasy, you are prone to developing damp-heat, which shows as weight gain, acne, reflux and bad breathe. Too much cold raw food and you can cause internal cold to accumulate, causing stomach pains, loose stools, menstrual issues and lack of energy.  This adds further evidence to another classic saying “you are what you eat”.

To put another spin on all of this, there is also the Chinese Medicine 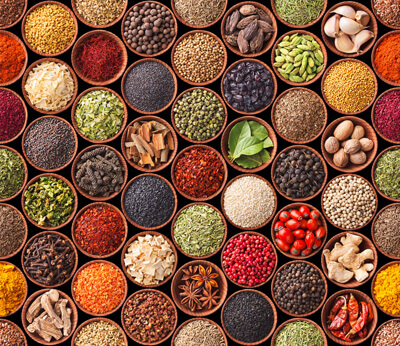 view on food and dieting, which is again very different from the western medical view. There are no vitamins or minerals, it is more about the properties of the food and what best suits you.

Foods and herbs are classified by their nature (cool, cold, warm, hot, neutral), and flavour (sweet, bitter, salty, pungent, sour). Which is then used to predict how they will interact within the body. For instance sweet regulates and strengthens the digestion, but too much can be cloying and block it up.  Spicy food is pungent, therefore it is dispersing which is useful if you have a cold and mucous. Too much pungent food though can be too moving and damage your Qi. So again, everything in moderation is the key.

Two key points I would like people reading this is to simply think about the ‘nature’ of what you are eating in front of you, and then think if its is good for you. For instance, a salad is very healthy for you, but every female client I quiz eats it cold straight from the fridge.  This is putting additional cold into your stomach (which is a furnace), hence it needs heat to work. Even though you are eating nutritious food, the nature of it is working against you. Anything you eat or drink raw should be room temperature, not chilled, including water.  Similarly too, if its hot outside should you be eating a spicy curry? if its the middle of winter should you be eating a cold salad?

An Uncomplicated Method to Eating Healthy

The thought of then also applying the Chinese Medicine theory to eating can be overwhelming. There is a simple solution as always, everything in moderation. Eat as much fresh fruit and vegetables as you can and avoid processed foods and pre-made food.  Don’t over indulge in anything, too much of a good thing is still bad for you. A diet based on rice is better than wheat, especially if there is a history of gluten allergies in the family.  Think of your meals as a rainbow and make them colourful, a good selection of vegetables on your plate ensures you will get all the nutrients you need.  If its winter, eat warming foods, in summer eat cooling foods. Its all about balance and eating plenty of fresh food, and of course some exercise.

A healthy digestion means so much more than just having energy or being able to eat what you want. Its about living a long and healthy life, which you can read more about here.

“It is not just about treating illness, it is about prevention and protection of your health, which is your most precious commodity.”

Please note: masks are required at all times whilst in the clinic.